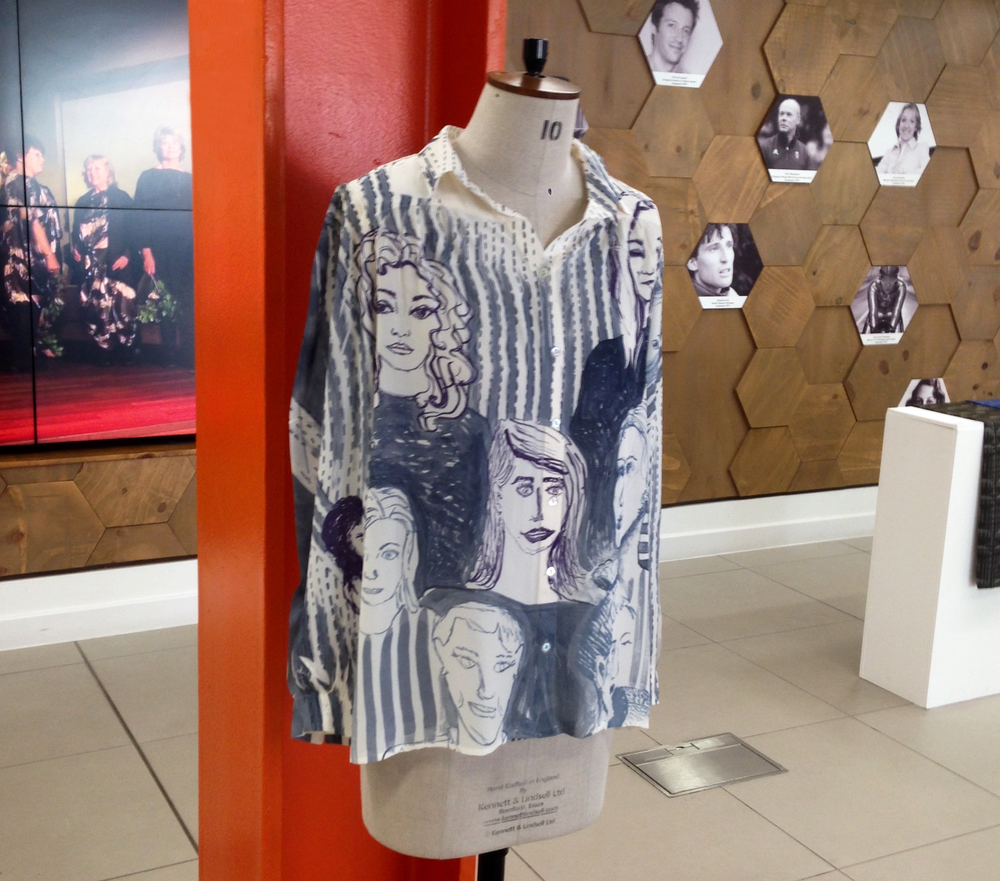 The Silence Shirts project demonstrates how the activities of silent meditation and portraiture were employed as effective tools in the establishment and development of the relationships between the designers, scientists and industry participants collaborating on the T2C research project.

Silence Shirts aimed to navigate issues that can be barriers to effective collaboration, such as language, culture and competence, by establishing a shared ‘baseline experience’ as a foundation from which the collaborations could be fostered.

The conference paper - titled ‘A meditation on the faces of circular textile research’ - presented the three experiments conducted to provoke new insights into the roles, knowledge and expertise of the members of the group resulting in the project’s first co-created garment, the Silence Shirt, featuring a print design by Professor Earley created from the portraits painted by members of the project team.

Organised by the Textile Design Research Group at Loughborough University and held at the University’s London campus on 13 September 2017, the one-day conference examined case studies that reveal unusual connections and cross- or interdisciplinary collaborations in research in the fields of textile and textile design. The conference was accompanied by an exhibition of the work that emerged through the collaborations, including the Silence Shirt.

The Silence Shirt was also featured in the 2017 Biennial of Design in Ljubljana - BIO25 - as part of the ninth edition of Shirtings, a socially responsive initiative that offers unique shirts by Slovenian and London-based designers as ‘social-objects’ to be the 'responsibility' of a user for 10 days before being passed on to the next participant.